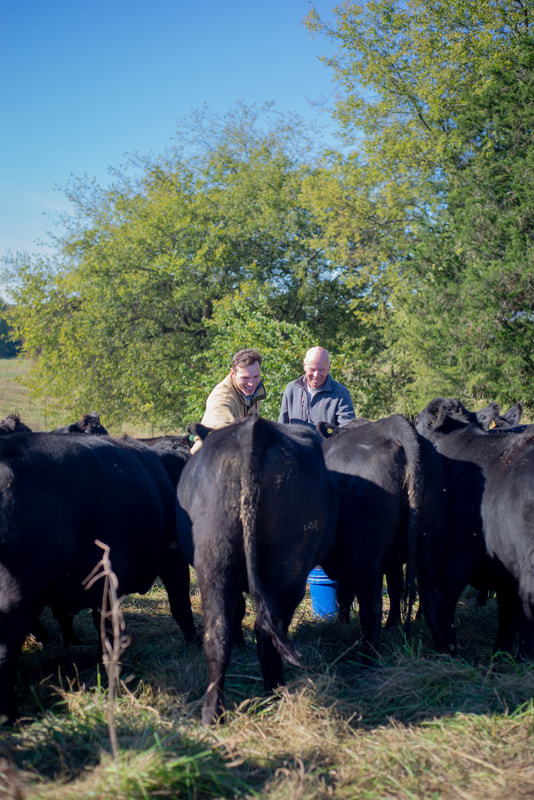 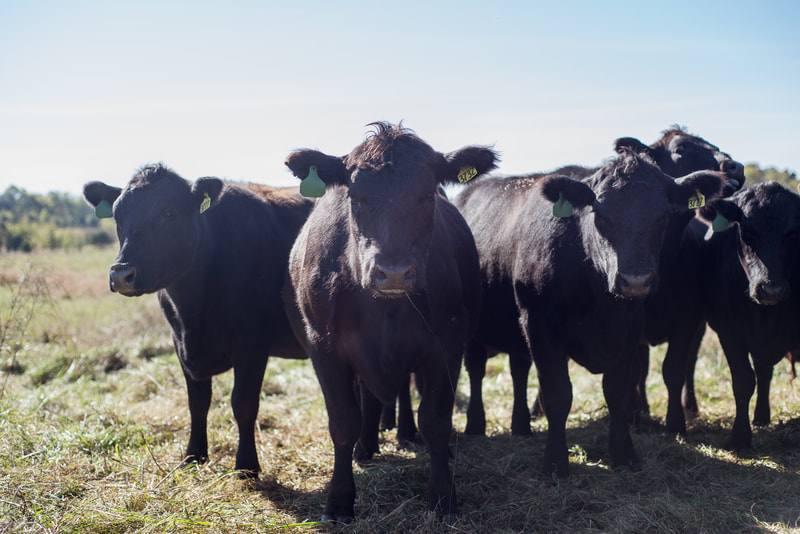 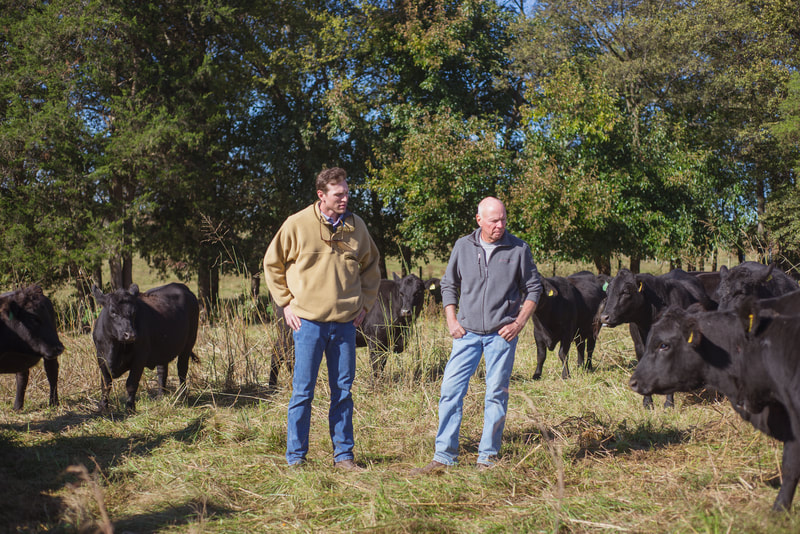 Although his father would have allowed him to be partners on the family farm, it was important to Kenneth at a young age to do things his own way. In 1977 at the age of 23 he purchased his very own farm right next door to his father’s and he bought his own herd of cattle. Right from the start, Kenneth was dedicated to making his farm and his herd the best that he possible could. “If I’m going to spend a lifetime of breeding cows, I want to have the best cattle I can have,” he says. His passion and dedication for raising healthy, high quality cattle is shared by his son Joe, although coming back to the farm wasn’t always his plan.

Joe’s background is in economics, which he studied at the University of Louisville where he met his wife, Cassie, a Kindergarten teacher in Bowling Green. While finishing up at school, the Wall Street Journal came out with an article showing that those with an Agricultural Economics Masters Degree had some of the lowest unemployment rates and highest salaries, which sounded like a good idea to him at the time. After about a week, he decided he didn’t want to be at a desk and that coming back to the farm sounded like a better job. 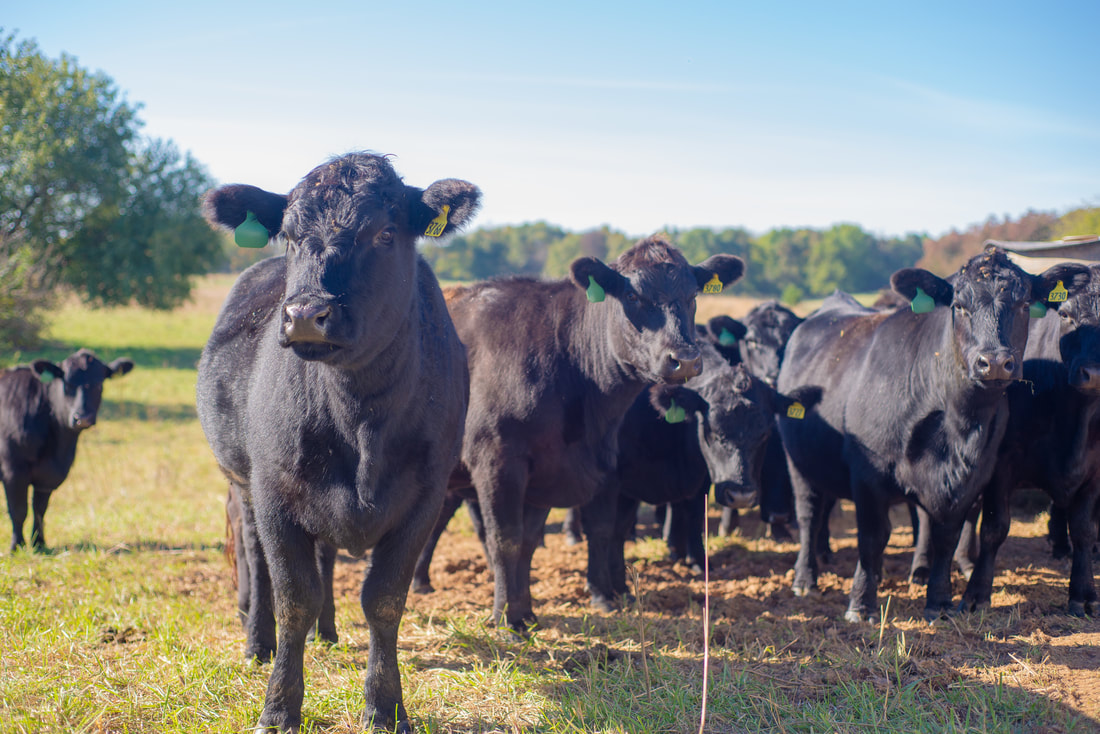 If you ask Kenneth and Joe, Kentucky is one of the best places in the world to raise cattle because of its temperate climate and abundant rainfall. Kentucky is the largest cattle state east of the Mississippi River and is home to more than 38,000 cattle farmers. As Kentucky cattle farmers, the Lowes are proud that consumers can now walk into one of the largest retail grocery stores in the state and find Kentucky raised beef in the meat case.

What does an average day on the farm look like for the Lowes? It’s hard to say, because there is no average day. “When we wake up every day, our main focus is making sure those animals are taken care of,” says Joe. They focus on ensuring their cattle have the best nutrition possible and remain healthy. Taking care of the cattle also means taking care of the land. The Lowes work hard to manage their pastures so that all they need is rain and sunshine to maintain the farm. Optimizing grazing production means making sure not to graze the same pastures year-round to ensure that the land can continue to be productive for the next year ahead.

When we wake up every day, our main focus is making sure those animals are taken care of.” 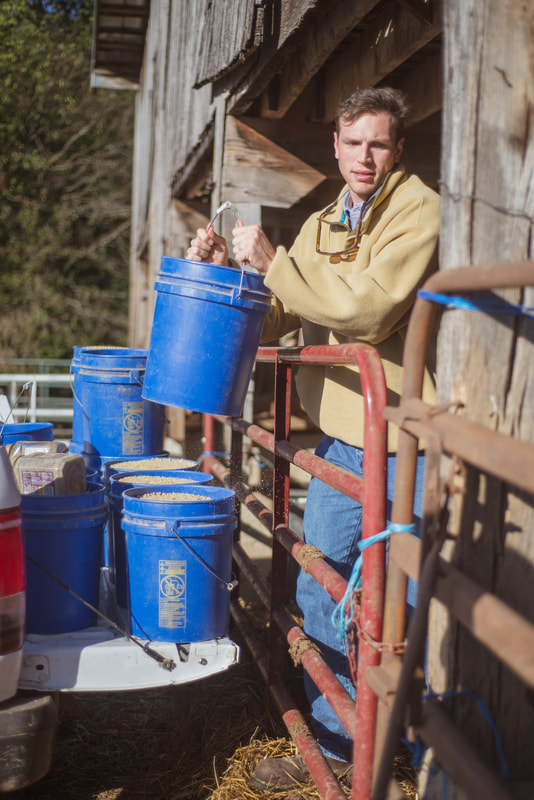 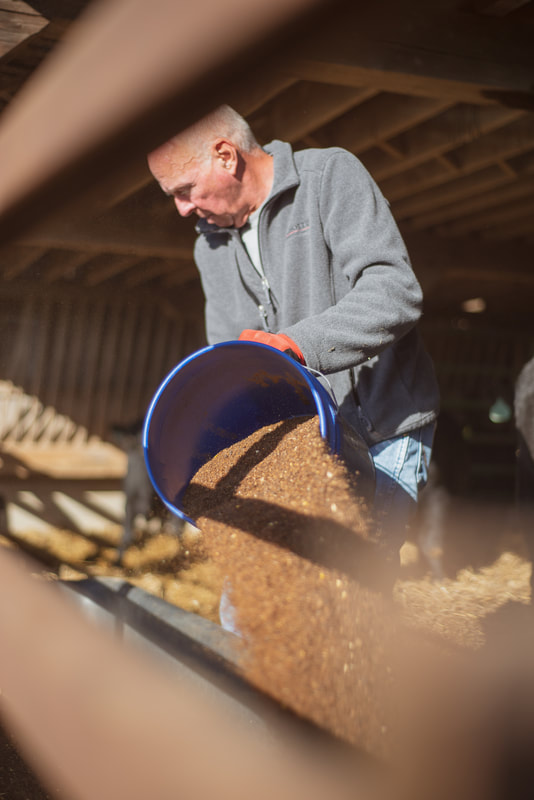 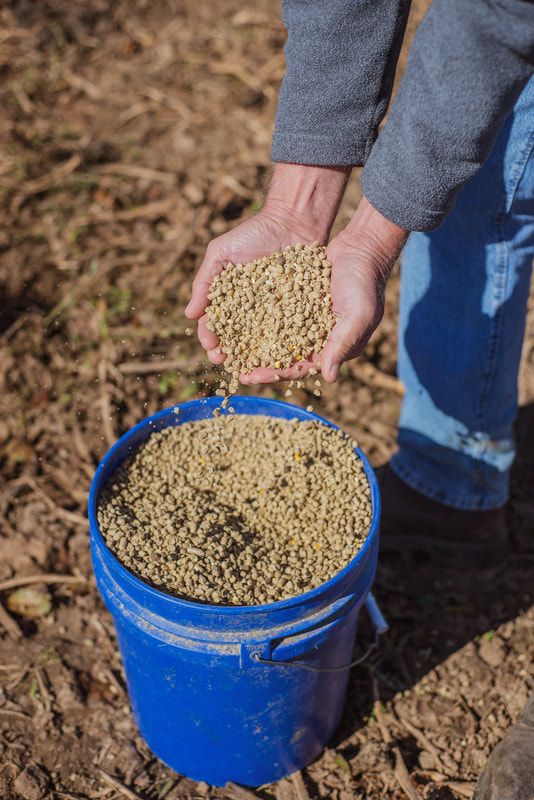 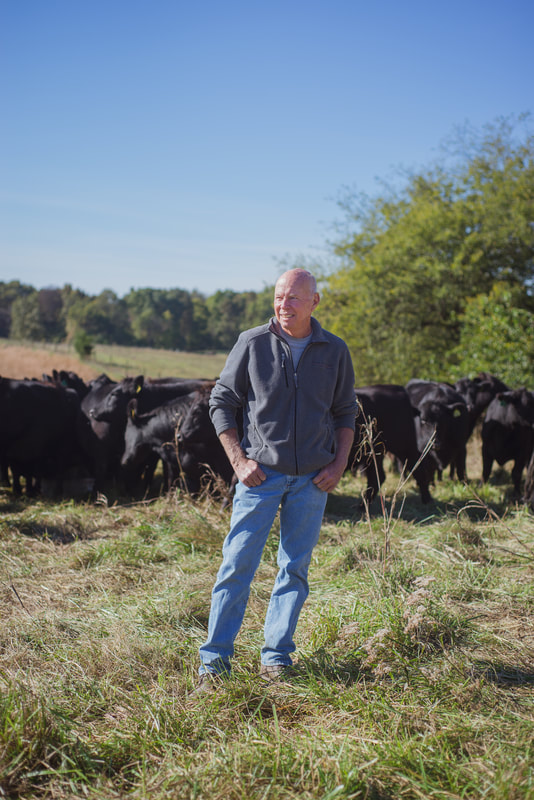 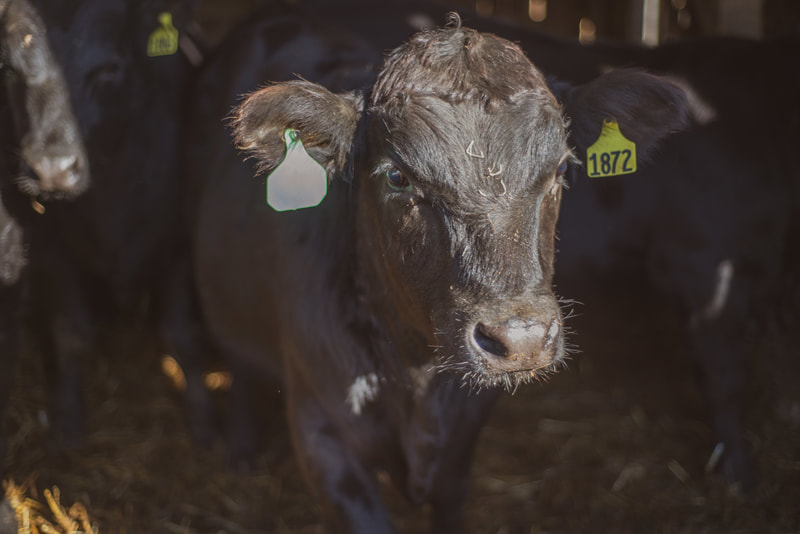 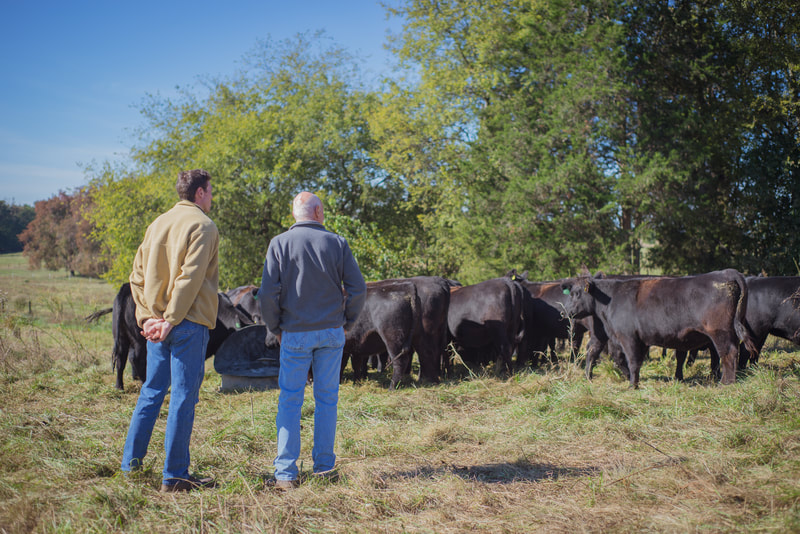 Nothing is more rewarding for Kenneth and Joe than being outside working the land, working with the cattle, and getting to see the products they and so many others worked hard to produce in the grocery store. “Everything we do on the farm is to produce the best product possible,” says Joe, “We aren’t just raising cattle, we’re raising quality protein for American consumers, many of which may have never even seen a beef cow in person.”

“Nobody is going to do this job unless they love it, it’s too hard,” admits Kenneth. “One Sunday night it was about 5 o’clock and I was feed man that weekend. I was feeding a set of yearling heifers. It was snowing sideways and I could see the lights in town. Everyone else was inside and there I was feeding cattle on a Sunday night. I thought to myself I must be crazy. But no, this is exactly where I want to be. I can’t retire. I get to do what I love 80 hours a week, I’m not changing a thing.”

​
​Try Oak Hollow Lasagna for yourself! 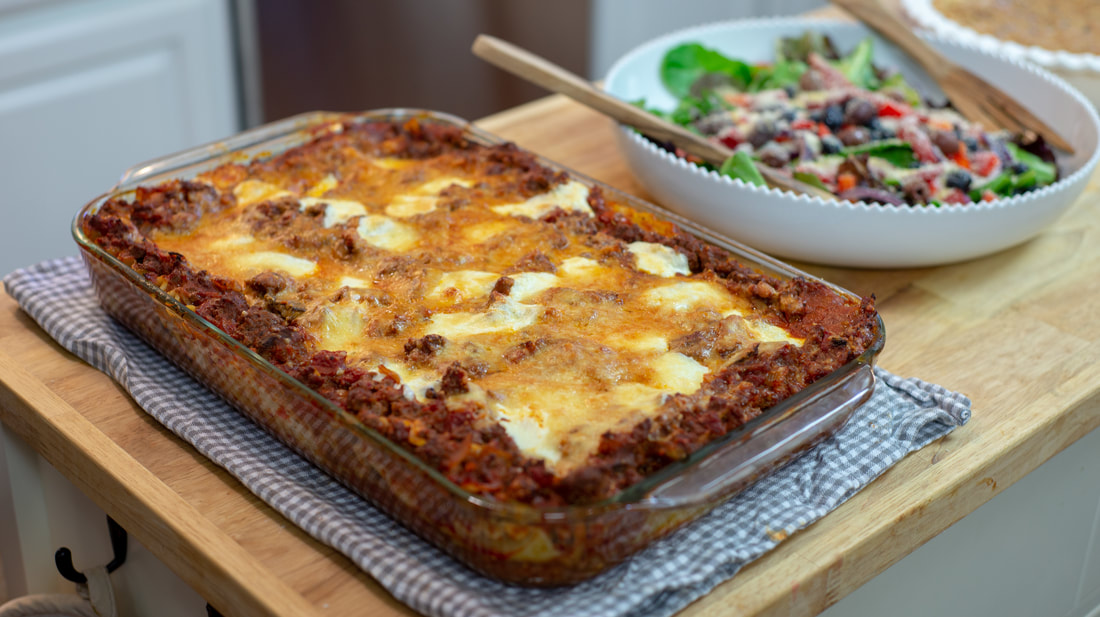 Want to get to know more farm families like the Lowes?
MEET OUR CATTLEMEN