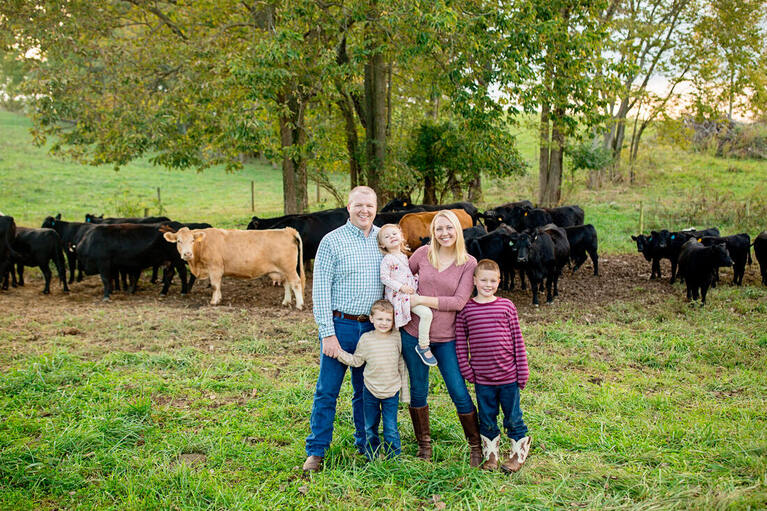 A story of love, family, and starting from the ground up perfectly encompasses the Chaplin Family and their operation. Ryan and Miranda Chaplin both grew up on farms in Northern Kentucky. Eventually, the couple decided to continue their education at the University of Kentucky where they were both involved in the College of Agriculture. Following the completion of their degrees, Ryan and Miranda moved to central Kentucky and began their life on a farm of their own.

​Rose Creek Farm is located in Bourbon County. The property is named after Miranda’s and now their daughter’s middle name, Rose, and the layout of the farm is bound by a creek on two sides. When the couple acquired the farm in 2011, Chaplin described it as a “blank slate”. With only the trees, grass, and a donkey pen standing, the land held a wide array of possibilities. The two spent a large amount of time building up the farm’s infrastructure to make the operation what it is today. Currently, Miranda and Ryan reside at the farm with their three children: Beau, Reid, and Aubrey. 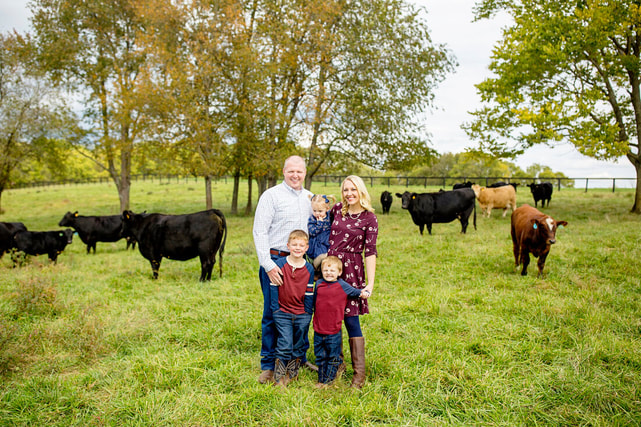 Life is busy for the Chaplins as running Rose Creek Farm is not the couple’s only role. Miranda serves as principal of an elementary school while Ryan is a firefighter. Ryan works at the farm when he is not on shift, while Miranda and the kids start work after the school day. It makes life busy, but the Chaplins love spending their time on the farm as a family. Miranda emphasized that one of the joys of farming is seeing the love of agriculture develop in her children. From the kids tagging along in the back of the gator to embracing the love of agriculture in books and learning, it has taught them work ethic and responsibility. She laughs as she talks about her son’s bottle calf and him changing out of his muck boots from giving the calf its morning bottle. Then, he immediately jumps into his gym shoes, so he can go to school.

​Rose Creek Farm started with beef cattle in 2012. The farm has since grown into the commercial farm it is today. With a goal of continually trying to improve the genetics of their farm, the Chaplins are currently on their second calf crop with artificial insemination. It was in this journey to improve their herd that the Chaplins got involved with Beef Solutions. Miranda is involved in the Kentucky Agricultural Leadership Program. She was attending an educational session about artificial insemination when she talked with other producers who had utilized the method and decided it would be a good step for her farm.  The classmate that helped the Chaplins start the process on their herd, told them about Beef Solutions. This was at the start of the COVID-19 pandemic when consumers were seeing a supply chain issue. Miranda said Beef Solutions helped them be a part of the “solution” to the supply chain issue. It was a win all around; a financial win, a win to support local processors, and a win to feed the local consumer. Miranda emphasized that after a while with Beef Solutions it is incredible to see farmers across the Commonwealth work hard to provide safe and wholesome products for consumers. The program has been a joy to be a part of because they want other families to have that product as much as she wants her own kids to.